How Much Do You Save with Prepaid? 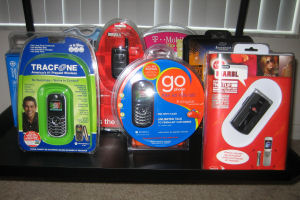 It doesn’t take a genius to figure out that when you pay less for something and you have the freedom to change things to suit your needs and budget, you’re going to end up saving money. That’s just basic economics. But, it’s one thing to know that you’d probably save a bit of money and another thing entirely to look at exactly how much money you’d probably save. This week, I took a few minutes and browsed through the four Tier One carriers to compare their prepaid and postpaid plans. The plan that I compared was a basic unlimited talk and text plan with 1 GB of data (although AT&T’s lowest data offerings were actually 1.5 GB) and found that most people could save an extra $10 – $20 per month on these small plans. Here’s the comparison chart:

Of course, that’s just the basic, individual plans and it doesn’t include the additional ‘insurance’ fees that are hard to pass up with those shiny new expensive phones. Once you add in taxes, you’re looking at a difference of almost $30 for pretty much all of the plans. And, as if that wasn’t enough, the higher you go in the data bracket the more money you can save with prepaid–sometimes even getting close to $40 or $50 for family plans. It might not seem like much, but during the course of a couple of years, it will really add up–and that’s not even including the freedom to switch carriers and increase or decrease your coverage if you need more or want to save some money. If you don’t believe me, then I challenge you to find me a postpaid plan that is priced better than a prepaid. And we haven’t even touched the MVNOs, which often have more specialized offerings and even cheaper services. So, tell me… how much do you save?]]>
Posted in Prepaid Cell Phone Plans