Verizon is one of those companies that I both love and hate. I deal with a lot of customer service reps from all different companies and with the exception of Tracfone, Verizon has some of the rudest and least helpful employees and media people I’ve ever encountered. It also has some of the highest prices. But, Verizon also has the best network. So what’s the solution? Well, prepaid, of course! Prepaid plans are the cheapest way to go, and you can check our list of the Best Verizon prepaid MVNO plans to find one that’s right for you. But what about phones? Well, I went to Verizon’s website and found 5 of their most affordable phones that will give you all the functionality that you likely want without the sticker shock. Here are my top picks, in no particular order: 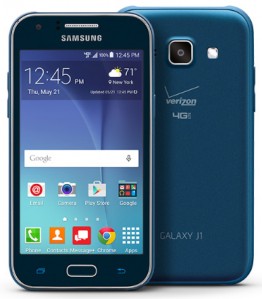 This is probably the newest phone on my list and ships with Android Lollipop. The device has good midrange specs with expandable memory and slightly downgraded cameras. This would be a great device for most users who need a phone that can keep up, but don’t really need the heavy computing power. The phone does support 4G. Click here to buy. 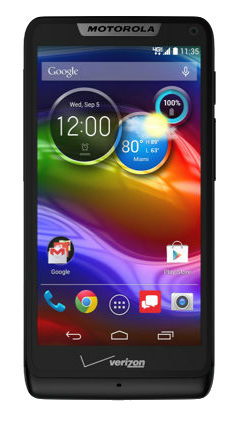 This 4G device has some good specs and boasts a slightly better display than some other phones at the similar price range, although the screen is a little small by currents standards, only measuring 4.3 inches. This phone is, I believe, exclusive to Verizon prepaid and ships with Android KitKat 4.4. I don’t think it’s going to wow anyone, but it should be able to keep up with most tasks. Click here to buy.

The LG Transpyre is another 4G device which was debuted last year or so. This is definitely an entry-level device and has some of the weaker specs of all of the phones listed. However, don’t let that scare you away–this phone does have some cool features especially where the 5 MP camera is involved. Click here to buy.

While I’m an Android fan, I can honestly say that Apple makes some pretty nice phones. While the 4s is a little old at this point (the 6 was released late last year) it is still a pretty solid device and at that price, you really can’t complain. As a note, the 4s does not support Verizon’s 4G network, so you’ll be a little limited in speeds. Click here to buy.

This is the 2015 version of the Moto E which has slightly upgraded specs, Android 5.0 and 4G speeds. This particular model actually costs more than the Moto G right now, and boasts a newer operating system as well as 4G connectivity. Part of one of the best budget phone lineups from last year, the Moto E is one of my all-time favorite prepaid devices. I can’t say enough good things about it, although I ought to warn you that this IS a lower-level prepaid phone, so don’t be expecting flagship performance. Still, it’s a great value at this price. Click here to buy.