One of the easiest ways to take a look and see what prepaid consumers like is to look through Amazon’s top phones. So, out of curiosity, I decided to take a peek and see what was the most popular phone. And I must say I was rather surprised to find that there are not one but two Windows phones listed. I guess the curiosity is growing around the smallest of the three main phone operating systems. So, without any further ado, here are the Top five picks from Amazon.com as of today:   1. Nokia Lumia 520 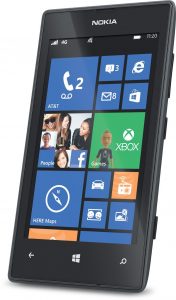 The Nokia Lumia 520 is Amazon’s #1 Best Seller in the prepaid phone section and normally would retail for less on Amazon… however, GoPhone is currently running a deal, so getting it from them is probably a better bet. This version is, obviously, the AT&T version, and runs on their GoPhone network which has some pretty good deals for pay as you go.

The Lumia 520 is a pretty solid phone and can be upgraded to Windows 8.1, which includes the sassy Cortana. The phone has a back camera but no front camera, and is an overall great mid tier phone. The phone comes in black and does offer 4G connectivity. 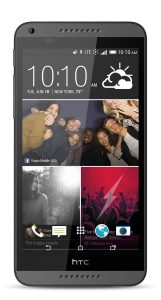 The second most popular prepaid phone on Amazon.com has the highest rating. Priced at one hundred dollars less than you could get from the Virgin Mobile store, going with the Amazon version is definitely a good idea. As far as network, Virgin Mobile is a little limited, to be sure you check their coverage before you invest.

The HTC Desire 816 is a standard size phone with a sleek look and a good user experience. It runs the latest version of Android (KitKat) and is packed full of features including two excellent cameras (13 MP and 5 MP) and expandable memory. While a little more pricey, this phone is a solid choice. 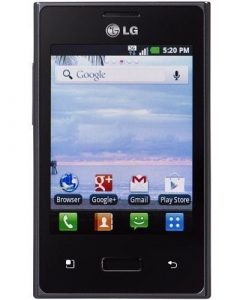 If you’re new to the smartphone experience, or have a kid who is getting their first smartphone then this would be a good choice. This affordable phone is a Tracfone–a brand known for excellent coverage, low prices and unfortunately poor customer service. Regardless, at that price, the device would work well as a replacement or backup device.

This entry-level phone delivers smartphone experiences without the hefty price tag, making it an excellent choice for accident-prone kids. It runs an Android OS and offers 3G connectivity, a back camera, GPS features and will work with hearing aids.

Sibling to the #1 Best Seller, the Nokia Lumia 520, this similar device has received pretty good reviews and has very similar features and specs. The primary differnce between the 521 and the 520 is slightly upgraded graphics on the 521, and panorama shooting instead of geotagging. The 521 does not allow for tethering, but it does feature 4G connectivity, so it might be an even trade depending on how you use your phone.

This phone is with T-Mobile which offers postpaid no-contract options as well as robust prepaid services. T-Mobile’s network is the smallest of the four, but they are rapidly moving up in the world. Be sure to check their coverage before you purchase. 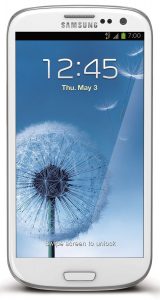 The Samsung Galaxy SIII is the predecessor to the popular Samsung Galaxy S5. This phone easily deserves all of the high ratings that Amazon users have given it. While it is a little out of date with a slightly older Android OS, this solid phone still has some pretty great specs such as an 8 MP camera, gorilla glass, an expandable memory and an NFC chip.

This particular model is with Virgin Mobile, which runs on Sprint’s nationwide network. The phone is capable of picking up Sprint’s 4G network speeds, although Sprint is known to have a slightly patchy network.

So, now you’ve gone through the list, tell me what you think! Any phones that you think should have been on this list? Which phone surprised you the most? Let me know in the comments!]]>
Posted in Prepaid Phones